Team Reptile brings you Bomb Rush Cyberfunk, 1 second per second of highly advanced funkstyle. In a world from the mind of Dion Koster, where self-styled crews are equipped with personal boostpacks, new heights of graffiti are reached. Start your own cypher and dance, paint, trick, face off with the cops and stake your claim to the extrusions and cavities of a sprawling metropolis in an alternate future set to the musical brainwaves of Hideki Naganuma.
In the game you can choose a character from your crew and explore the three-dimensional streets freely. The goal is to bomb and get your name up. Every neighbourhood has many spots to find where you can paint graffiti. Once you get enough REP you can challenge the local crew for the territory. 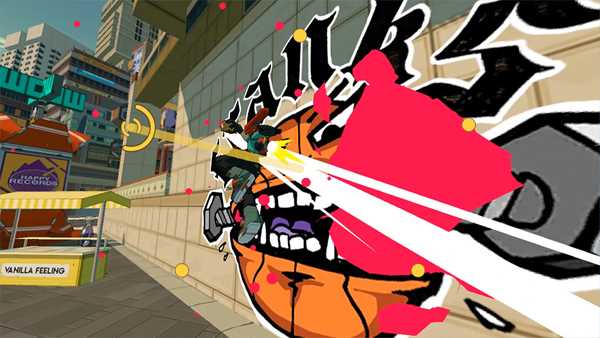 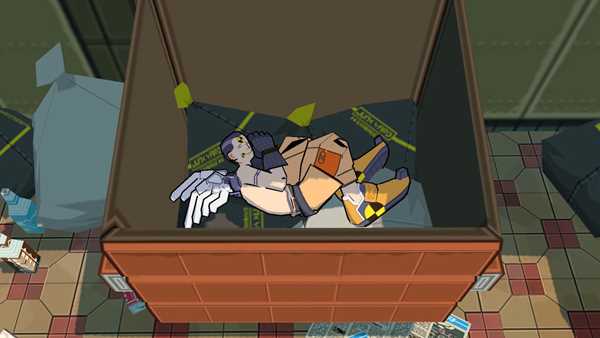