It’s time to polish your broomsticks, practice your aerobatics and enter the Broomstick League! Fast Paced Matches: Play 1v1, 2v2 or 3v3 matches with friends or match-make with opponents from around the world. Form magical teams with your friends to see who will dominate the skies.

Equipped with a broomstick and wand, players must hone their flying skills and use magic to dodge enemies, defend their goal and make awe inspiring plays. Armed with the blast spell that knocks the ball out of your opponent’s hands, and the blink spell which teleports players to create goal scoring opportunities, there are endless combinations of plays with no two matches being the same. Customize your witch or wizard and equip a variety of unlockable broomsticks, wands and other magical cosmetics.

Player Progression and Stats: Track your progress with leader boards, stats tracking and a player leveling system to prove you are the most skillful broomstick pilot in the land. 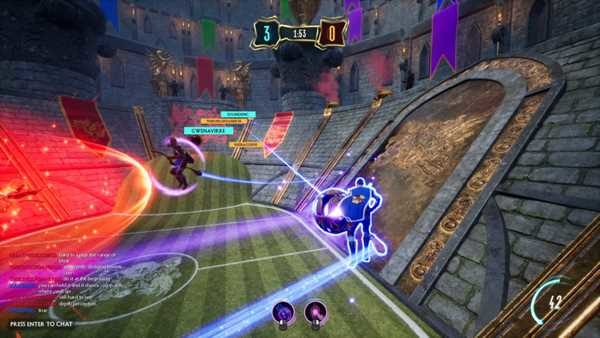