InIn Death Stranding, your character Sam carries a small baby in an orange bottle strapped to his chest. It stays with him at all times. The child, called a BB, is essentially a tool: it alerts Sam to ghostly apparitions called BTs, which dot the post-apocalyptic landscape he must traverse. The whole situation is unsettling. BB cries when it gets scared — whether it’s because of imminent danger or because you keep falling down a slippery mountain — and the haunting sound is piped through the speaker on the PS4 controller. This makes it even more unsettling.
Death Stranding’s post-apocalyptic depiction of a United States where humanity is beat down and isolated to lonely pockets was grim and difficult to explore. It was so successful in establishing this mood that the eventual arrival of the covid-19 pandemic and government-enforced quarantines made the whole thing end up feeling eerily prescient. Death Stranding elevated the mundane drudgery of safely delivering packages undamaged by the elements into an irresistibly tense existential crisis. Drones are fun, but I’m not sure how cutting through obstacles by delivering cargo via remote control plays into that. 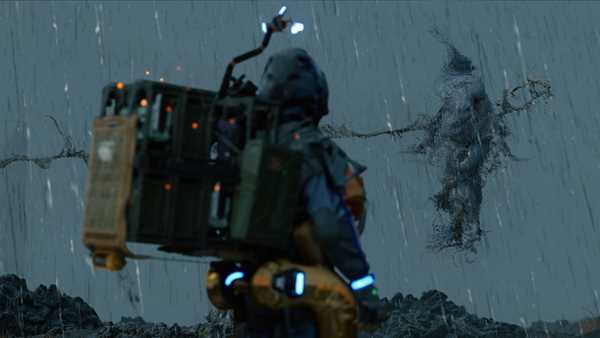