One of the major selling points for Overwatch 2 is that it’ll dig into the lore of the world in greater depth with four-player PvE co-op missions — essentially an evolution of the Archives events. I’m looking forward to those, especially since they’ll be replayable thanks to the custom ability system and a variety of objectives.

The game’s heroes have undergone an artistic redesign. The redesign varies from hero to hero, but each seeks to be true to the hero’s core story, and to imply where the heroes have travelled, or who they’ve spent time with between games. Evolutions to the game’s technology, like new shaders and lighting, have allowed greater detail in character rendition, which translates to more emotion via facial features and body language. To further improve the feel of the world, the art team explored ways to push the technology and bring environments to life using weather systems, fog changes, improved cloth, more particles, and sequenced events. Dynamic weather effects, first introduced in Storm Rising, has been improved. 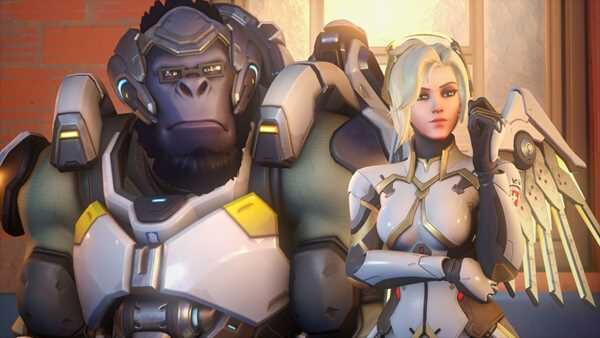