Battlefields are persistent, and as you continue your push across the Western Front, you will revisit previous battlefields which will still bear the scars and destruction of earlier encounters.
Artillery bombardments leave behind craters, tanks, gunfire, and trenches desolate the once lush French countryside, and any trenches (or fortifications) you build remaining in play should you return. Shifting weather also plays a role; as the months draw on in the conflict, you’ll encounter weather changes such as snow and rain which will affect things like artillery performance and unit movement. To secure victory, you’ll need to carefully consider your strategy depending on the conditions. 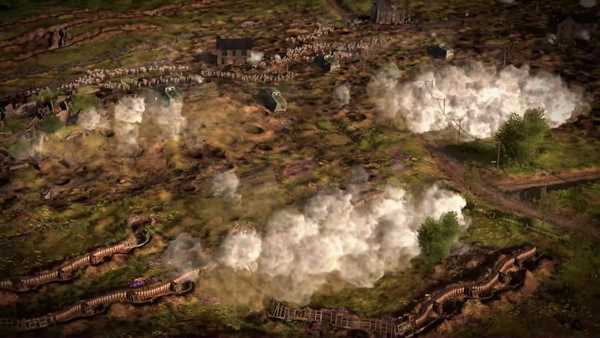 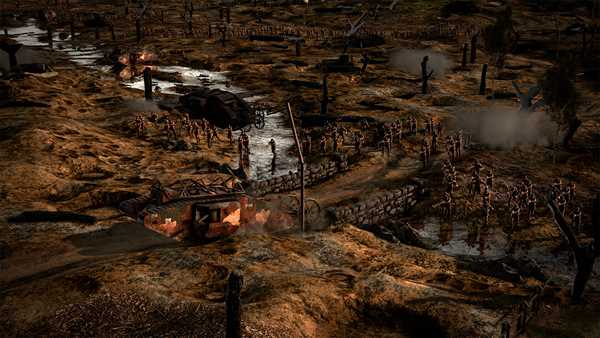