With multiple trains per route, there is no end to the experiences on offer, and you can expand that further by creating your own journey with Scenario Planner and Livery Designer. Paint trains however you desire and run on them on any route with Off the Rails mode, then share your creations with the Creators Club.
New volumetric skies bring a transformed atmosphere to routes, clouds roam free at altitude, casting shadows on the ground. Lightning dances among intense storms, the roar of thunder competing with the hefty sound of machinery. Feel total immersion as the turbulence of wind physics hammers the side of your train. Learn the art of defensive driving and remain in control. 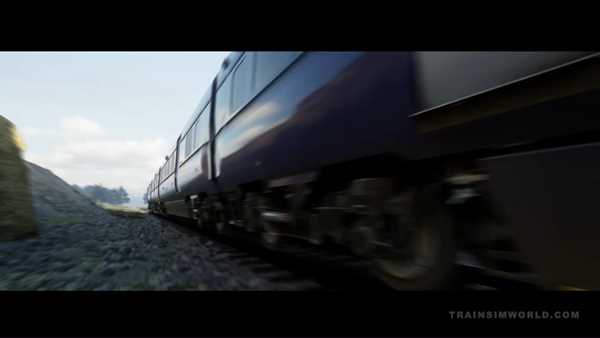